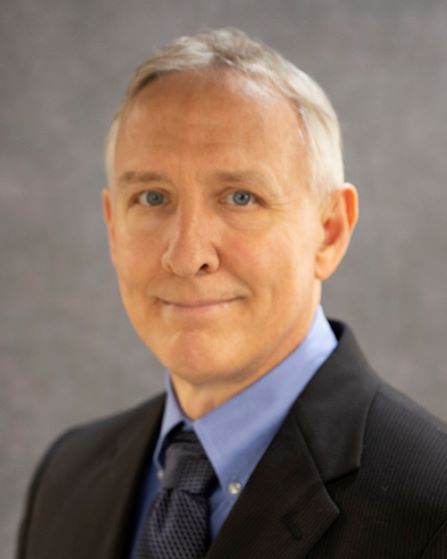 For those of us who have earned and readily embrace being the titles of “motorheads” our enthusiasm for cars can cover a broad spectrum of interest from make, model and sometimes even years; to interior and exterior visual appeal; top speed and alacrity from zero to 60 mph; comfort features and bells and whistles; and most recently, range of distance and propellant that is either traditional petroleum, hybridized or the expanding technology which is purely “plug-innable.” But, when someone describes Todd Hubing as being into cars, it’s about the deep dive he does into the electronics incorporated in today’s automobiles. He is considered to be one of the industry experts on the inner workings o our beloved sets of wheels.

Dr. Todd Hubing is a Professor Emeritus of Electrical and Computer Engineering at Clemson University and President of LearnEMC. Dr. Hubing holds a BSEE degree from MIT, an MSEE degree from Purdue University and a Ph.D. from North Carolina State University. He was an engineer at IBM for seven years and a faculty member at the University of Missouri-Rolla for 17 years before joining Clemson University in 2006. As the Michelin Professor of Vehicle Electronics at Clemson, he established the Clemson Vehicular Electronics Laboratory where he supervised research projects and taught classes in vehicle electronics, electromagnetic compatibility, and digital signal integrity. As head of his current company, LearnEMC, he provides EMC instruction, consulting and design assistance to engineers working in the electronics industry. He is a Fellow of the Institute of Electrical and Electronics Engineers (IEEE), a Fellow of the Applied Computational Electromagnetics Society, and a Past-President of the IEEE Electromagnetic Compatibility Society.

LearnEMC helps companies build the in-house expertise they need to ensure their products will meet electromagnetic compatibility requirements. This is accomplished through EMC short courses and/or working directly with a company’s engineers to design a product guaranteed to meet all EMC requirements. In addition, Todd provides consulting services to a number of companies. Currently, his time is equally split between training and consulting.

No surprise, the electronics incorporated in today’s cars is constantly evolving and, as noted by the name of his company, EMC is a significant challenge when it comes to “getting it right” in current and future automobile designs. Todd notes, “Perhaps the biggest challenge is convincing people NOT to design things the way they are directed to by many application notes, magazine articles and old EMC texts.”

He continues, “Design for EMC is constantly changing due to new components, new packaging, new applications, and new requirements. The basic physics is the same, but many design techniques that worked well decades ago are no longer helpful or relevant.”

“EMC has changed a great deal in the past decade. EMC education is extremely important; not just for new engineers, but also for those who have been working in EMC for many years.”

I worked on an article with Todd a couple of years ago, so I was interested what changes have occurred since then relative to EMC challenges. He explains, “When it comes to the automotive sector, the biggest change has been the level of reliance on electronics for ensuring the safety of vehicle occupants. This has taken on added importance in the case of autonomous vehicles, where there is no driver to intervene. Many common EMC design practices that worked ‘well enough’ 20 years ago are completely unacceptable in today’s vehicles.”

Improper grounding, undetected component faults, and single points of failure are major concerns. Grounding in particular is a topic that is surrounded by confusion and “rules-of-thumb” that are neither accurate nor appropriate.

Todd explains “Bad grounding remains a major problem in the design of many safety-critical components for automotive manufacturers. I think the origin of this problem is that people tend to confuse ground with current return. This sometimes causes people to make the worst possible choices with their board layouts. In my experience, product developers who don’t know anything about EMC often produce better PCB designs than who are relying on old EMC texts and application notes.”

And, the challenges with PCB design in automobiles extends beyond just getting the EMC design process nailed down. Todd states, “Instead of designing PCBs to be compliant, many automotive companies build and test PCBs before ensuring that they will be compliant. This results in expensive redesigns that add cost without necessarily improving reliability. Poorly designed boards that have ‘fixes’ applied in order to pass a specific test in a specific test lab are not necessarily safe or reliable in the real world.”

As noted in other articles and blogs, the above PCB product development cycle spreads beyond the automotive sector to the electronics market space in general. Multiple respins of boards are considered to be the cost of doing business in the industry. Often times, when people are advised to spend the extra effort and engineering cycles to make sure that their design is right out the gate, they will respond that they don’t have the time to do that. But, they do have the time and money to do the multiple respins with their inherent high NRE costs, delayed time-to-market and potential reduced profitability margins.

Key Factors with Current and Next Generation Designs

Similar to the issues that we see in other end product sectors where there is very little “wiggle room” in high frequency, high data rate designs, Todd explains, “Many of those high-speed, high-frequency board designs are also found in the automotive sector. In general, though, I believe the biggest limitation impacting the automotive sector is a lack of EMC design expertise. Designing for EMC compliance usually doesn’t add any cost, size or weight to an automotive component. In my experience, it’s usually the opposite. The poor designs often utilize expensive shields or filters that were added late in the development cycle. These late additions present new challenges and generally reduce the reliability of the product.”

The Toolsets; The Sector; Looking Forward

Within the automotive sector, the capabilities of the EDA toolsets are similar to what is seen within other sectors. Todd notes, “Ultimately, I expect to see much better EMC design analysis built into the board layout tools. There are a lot of things that an EMC engineer does when reviewing a layout that could be incorporated in an intelligent board layout tool. For example, automatically identifying decoupling capacitors and the way they are incorporated in the design would be helpful. Automated tools could also evaluate filter layouts, grounding schemes and the routing of I/O traces.”

He cites that there are challenges in using modeling tools for EMC and radiated fields. He explains, “For SI, numerical modeling tools work really great because we know the source, we know the termination; we control the transmission line. EMC is more about modeling things you don’t necessarily control. We need to know what’s capable of happening, rather than what happens in a very specific set of circumstances.”

“It’s true that numerical modeling tools can be very helpful for getting an understanding of the way EMC works, what constitutes a good radiating structure and, in a general sense, what’s not a good radiating structure. But, full-wave, numerical tools are not helpful when it comes to actually designing and laying out the product. At the design stage, we need to do worst-case calculations.”

Todd continues, “For EMC, numerical modeling tools can’t tell you what you really need to know. Little details can end up being critically important. And even if you were able to model every detail, there are important parameters (e.g., cable lengths, terminations and positions) that you don’t control. For EMC, we don’t want the exact solution. We want to know the worst-case solutions. We want to know that our product attached to any cable harness, in any of its intended vehicles, tested in any test lab won’t cause an emissions or immunity failure.”

Since it’s such a topic of interest these days, Todd also addressed the current semiconductor shortage and its impact on the automotive sector. He states, “From my perspective, design is proceeding at a rapid pace. The semiconductor shortage has had a much greater impact on manufacturing than design. Nobody has indicated to me that their design has changed due to a lack of available parts. However in at least one case, engineers I work with had to redirect some of their attention to the redesign and qualification of replacement components to address a parts shortage. I do think that the U.S. needs to be a lot more self-reliant than it has been in the past.”

Looking forward he notes, “There have been a lot of automotive start-ups in the past few years. Some of them will grow to become giants in the automotive industry. And some of today’s giants will disappear in the coming years. Overall, the automotive industry needs to put a lot more emphasis on component reliability and fail-safe design than it has in the past. I believe that the companies that get this right are the ones that will still be around five years from now.”

Similar to other key thought leaders in the electronics in the industry, Todd is an active evangelist for more and better education. He says, “We need more education and training opportunities, and we need to do a better job of identifying bad or out-of-date information. I know that the IEEE EMC Society’s education committee is working to make more training materials available. Unfortunately, bad EMC design information is being published at a greater rate than helpful information. No organization wants to point out problems with another organization’s publications, but something needs to be done. As noted earlier, in my experience, people who have never had any EMC training generally produce better designs than people who rely on out-of-date EMC guidelines and references.”

Prior to this, she served as Vice President of Marketing for Speeding Edge, an engineering consulting and training company focusing on the design of high speed PCB and system design. She oversaw the redesign of the company’s website; implemented the establishment of Speeding Edge as a publishing company; developed all of the company’s marketing materials and managed tradeshow activities. She also established key strategic relationships in Germany and Denmark and oversaw the expansion of the company’s presence in Europe, Canada and Asia. In addition, she served as editor and coordinated all layout and printing efforts for the publication of the company’s two technical books, “Right the First Time,” Volumes 1 and 2.

Before this, she was the Founder and President of KJ Communications, Inc., a marketing consulting and public relations company based in Silicon Valley. She served as a strategic adviser for a number of highly successful marketing campaigns for clients that ranged from start-ups to multimillion dollar companies in the EDA, networking, SOC IP, semiconductor, embedded system design and database management market sectors. Once the programs were defined, she assisted these clients by coordinating their press activities; preparing press releases and assisting with the development of other marketing materials. Before this, she was an editor of various industry technology publications including PCB Design, LAN Computing and ASIC and EDA Magazine.